Kimmy at the summer cottage with the family dog.

This summer I chose to do exactly that. I came to Finland, a country that I had heard of, but hardly knew anything about, other than the sauna culture maybe. I was told Finns were quiet and cold, just like their weather. When I arrived here, though, two really kind women were expecting me, giving me a hug and greeting me Tervetuloa. I was going to spend the next two weeks with them, until my real host family would come back to Finland to finally host me

3 days after my arrival, my first school day in Tilu came closer. Entering the school I was really impressed. Everything looked so modern, a huge cafeteria could be found right at the entrance and there was a huge number of people. Coming from a small town and a school which included the school years 5 to 13, but still only held around 800 students, this really impressed me and made me feel nervous at the same time.

Finnish school is so different to German school in many ways. When I had my first lunch hour, for instance, I was desperately looking for a place where I could pay my food, until someone told me the food in Finnish schools is free!

Chiara, Kimmy and Livia by Töölönlahti in Helsinki.

Phones are not forbidden, quite the contrary, most teachers are even encouraging students to use their phones, although they use this freedom mostly to text friends rather than googling something concerning the lesson. In my school in Germany, the teachers have the right to take your phone away from you as soon as you hold it in your hand, as phones have to be switched off and in your bag. If you got caught using a phone inside the school building, a teacher would take it and you’d have to pick it from the principal’s office by the end of the day.

Moreover, the whole relationship of teachers and students is completely different in Germany. Students would never dare to address the teacher by his first name or use the impolite you-form “Du”, rather than the polite way of addressing someone by using ”Sie”.

While teachers and students here have a really warm and friendly relationship, students don’t seem to have it with other students than their friends. In German school it’s totally normal to greet someone or talk to someone whom you just briefly know. Here in Finland I’ve had the experience of having lunch and a good talk with someone who would not even say Moi the next day. In general, just for trying to start a conversation you get a weird look by many people and some even ignore you. Of course, there are also a lot of kind and open people, who are interested and talk to you, but it is not the norm, unfortunately. Therefore, the beginning is really hard, but as you get to know people, they become warmer and really kind. 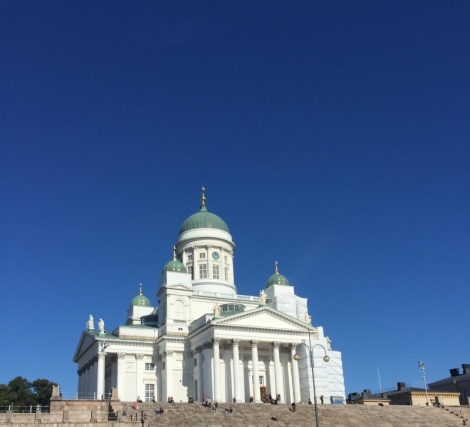 The Helsinki Cathedral photographed by Kimmy.

I actually thought Finland and Germany wouldn’t have too many cultural differences, but I was wrong! Of course, as I already mentioned, the way of communication and behavior is quite different. Finns only seem to talk when they actually have something to say, while Germans like to have small talk. Furthermore, people in Germany are not terrified when you try to talk to them.

Then there are things like sauna and mökki that play a big role in the life of a Finn, but as Finland’s nature is incredibly beautiful, it doesn’t surprise me that Finns like to spend that much time close to nature. Germany also has wonderful sides in nature, but it’s nothing compared to Finland with its thousands of forests and lakes. Therefore, this kind of lifestyle isn’t even possible where I am from. 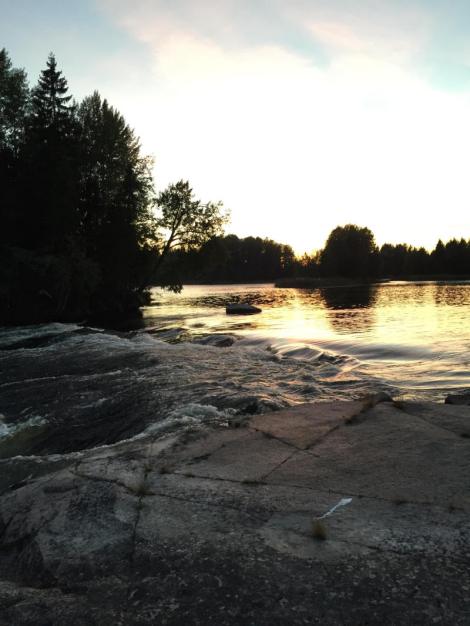 Ice hockey is celebrated and loved here just as Football is in Germany and Finland even has their own kinds of sports like pesäpallo.

Finland is one of the most beautiful countries I have ever been to, with a lot of nice people. Furthermore, it is rich in culture, great foods and gorgeous cities. I am happy to have come here and I enjoy the Finnish way of life. I would recommend anyone to come to this lovely country to collect the same experiences as I gained so far.

Text: Kimmy Schaeperklaus
All pictures are from Kimmy’s photo album